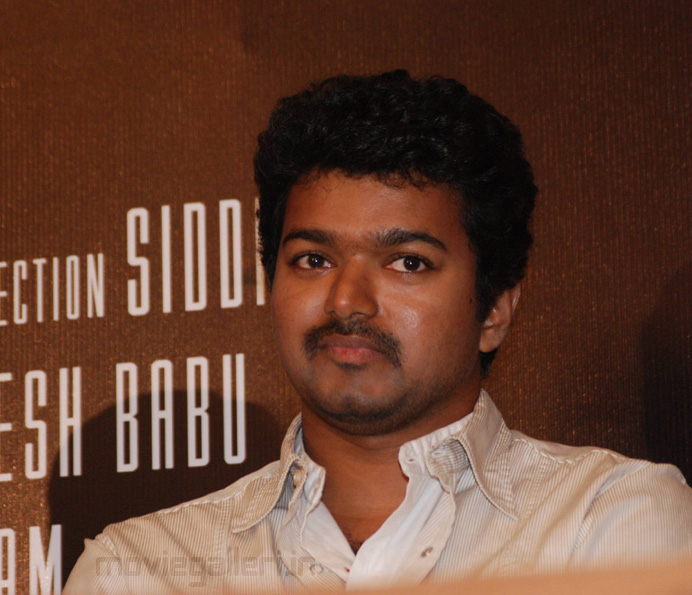 Actor Vijay who had been donning lead roles in the films is going to become a producer soon. Vijay is going to remake the Tamil film Sattam Oru Iruttarai which was earlier directed by his father S A Chandrasekaran. This film gave Vijayakanth a break.

Prabhu’s son Vikram Prabhu who is currently acting in Kumki directed by Prabhu Solomon will be donning the lead role in this film. Vikram after completing Kumki will act in this film to be produced by Vijay. Vijay has named his production house as Ghilli Films. It is a known fact that Vijay himself was very much interested to act in the remake of Sattam Oru Iruttarai.