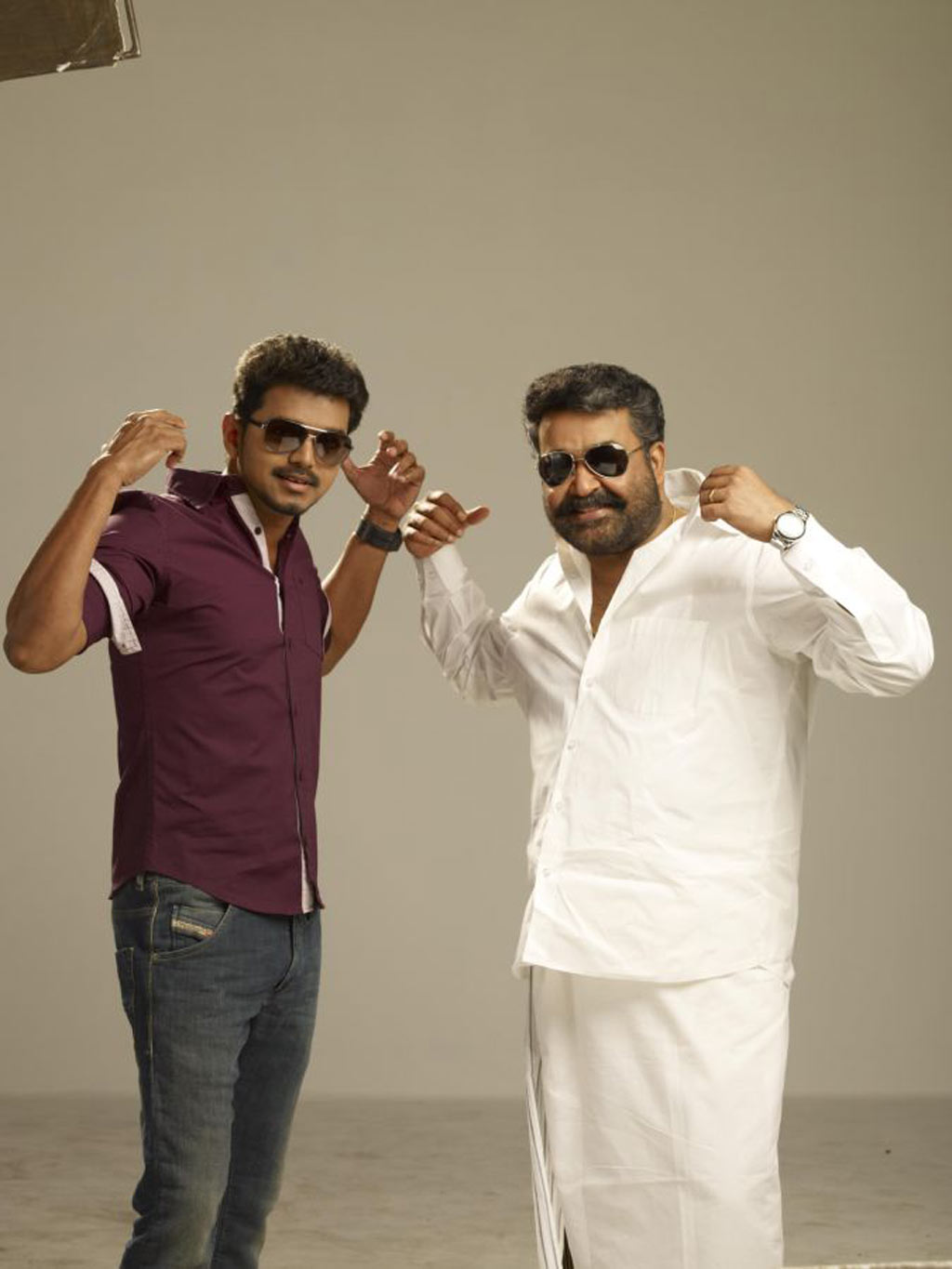 layathalapathy Vijay’s upcoming movie Jilla, under RT Nesan’s direction, also stars Mohanlal, Kajal Agarwal, Mahat, Soori and many others. The shoot for this movie is happening at a hectic pace, and currently the unit is shooting for a fight sequence choreographed by Silva. We also hear that Mollywood superstar Mohanlal would finish shooting for his last schedule in Jilla, by the end of this month. Just some songs would be pending following all these shoots. Super Good Films, the makers of Jilla, are looking to release the movie for Pongal, 2014! A recent news report revealed that Vijay would play a role called Shakthi while Mohanlal’s role would be Shiva. Music for Jilla is by D. Imman!