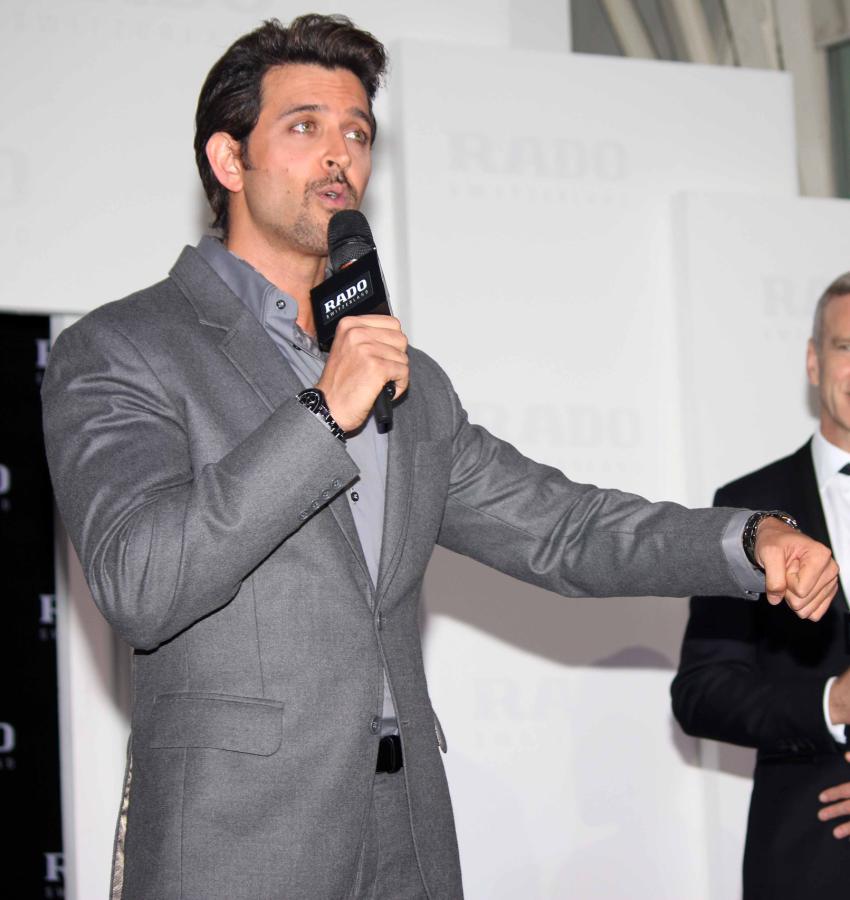 Overwhelmed with the response to ‘Krrish 3’ in Tamil Nadu, Hrithik Roshan expressed his desire to do a Tamil film.

“I have never received so much love outside my home and I’m overwhelmed about it. You guys have made my film successful and I’m touched by it and this proves that you have accepted me. I want to do a Tamil film for the love you have showered upon me,” Hrithik told reporters here at an event.

“If I can’t do a straight film, then I would at least like to include Tamil characters in my films in future,” he added.

He was speaking at the meet-and-greet event organised to celebrate the success of ‘Krrish 3’, which has reportedly minted over Rs.200 crore worldwide.

His father Rakesh Roshan directed and produced ‘Krrish 3’, which has done exceptionally well in Tamil Nadu as well.

“I have never seen this kind of response for a Hindi film here. Our film released in Tamil Nadu with approximately 65 prints in the first week. In the second week, it was increased to about 90-odd prints. This shows the success of the film,” said the senior Roshan, who had accompanied his son along with cinematographer Tirru.

“Usually in the second week, the number of prints comes down but the reverse has happened in your state. People have asked me – will ‘Krrish 3’ now enter Rs.300 crore club? And I told them that it’s in your hands,”