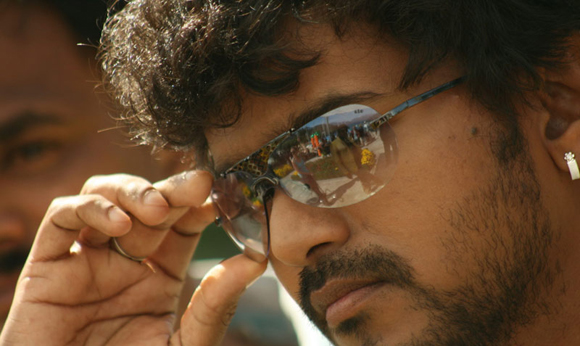 Ilayathalapathy, who is happy with the release of his Thalaivaa also in Tamil Nadu and Ponducherry, is in rumors for the wrong news. Buzz in the tinsel town is that AR Murugadoss’s upcoming directorial starring Vijay is been titled as ‘Athiradi’, which is a rumor clarified the director-producer.

The duo who have earlier delivered a blockbuster hit Thuppakki, are all set to start one more film together to entertain their fans. Karunakaran will be funding this Vijay-AR Murugadoss film under Ayngaran International banner.

Young composer Anirudh Ravichander will be composing the music for this untitled film and the makers are keen to rope in Samantha to play the lady lead for Ilayathalapathy. Art director Ilayaraaja and cinematographer George C Williams of ‘Raja Rani’ fame will complete the cast.

AR Murugadoss-Vijay film is likely to kickstart from Dec 2013, as the duo busy with the last leg of their Pistol [Hindi remake of Thuppakki] and Jilla correspondingly, both the films slated for Jan 2014 release.