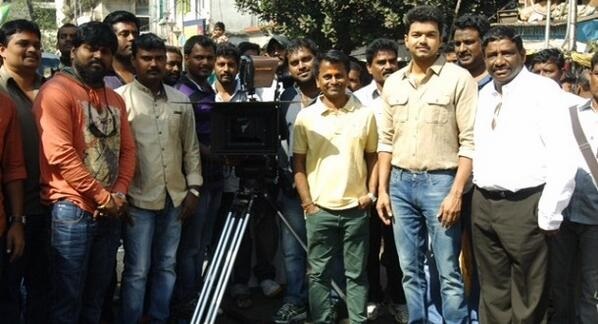 Vijay has returned to work as shooting for his next project with filmmaker AR Murugadoss started yesterday in the West Bengal capital. This is the second time the actor-director duo is working together after their success with 2012-film Thuppakki.

After completing the Kolkata schedule, the crew will get back to Chennai by the end of this month. It is being said that Vijay has a double role in the film and Samantha Ruth Prabhu is playing the female lead opposite him. Young composer Anirudh has scored the music for the film. He tweeted, “Happy to announce that I will be scoring the music for Ilayathalapathy film directed by AR Murugadoss. Songs are coming out great.”