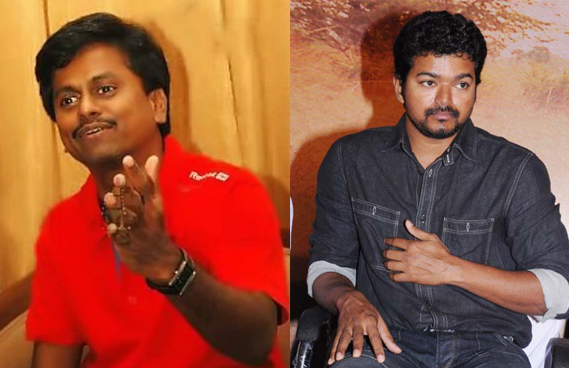 Here is the good news that comes out as a great treat for the fans of Vijay on the eve of his birthday. With the actor celebrating his birthday along with his fans in Chennai, here’s an interesting news about him. If what we heard from the closer sources is believed to be true, it’s time for Vijay to rock as he’ll join hands with filmmaker A.R. Murugadoss. The film is likely to be produced by Vijay’s father’s S.A. Chandrasekhar on first copy basis, while Hollywood’s famous production house Fox Star Studios will market and release the film worldwide.

Soon after Fox Star Studios signed up A.R. Murugadoss as the creative producer, Murugadoss mentioned that more movies would be made under this collaboration and if things work out well, he might wield the megaphone for a film.

The director is in plans to cast Bollywood beauty Sonam Kapoor as Vijay’s pair in this film. Grapevine is that Murugadoss has been roped in for a huge, undisclosed amount. In all probabilities Harris will be giving the music while Nirav Shah is the cinematographer.

It looks like the official announcement will be made once the Vijay-Murugadoss duo finalizes the script and other crewmembers.