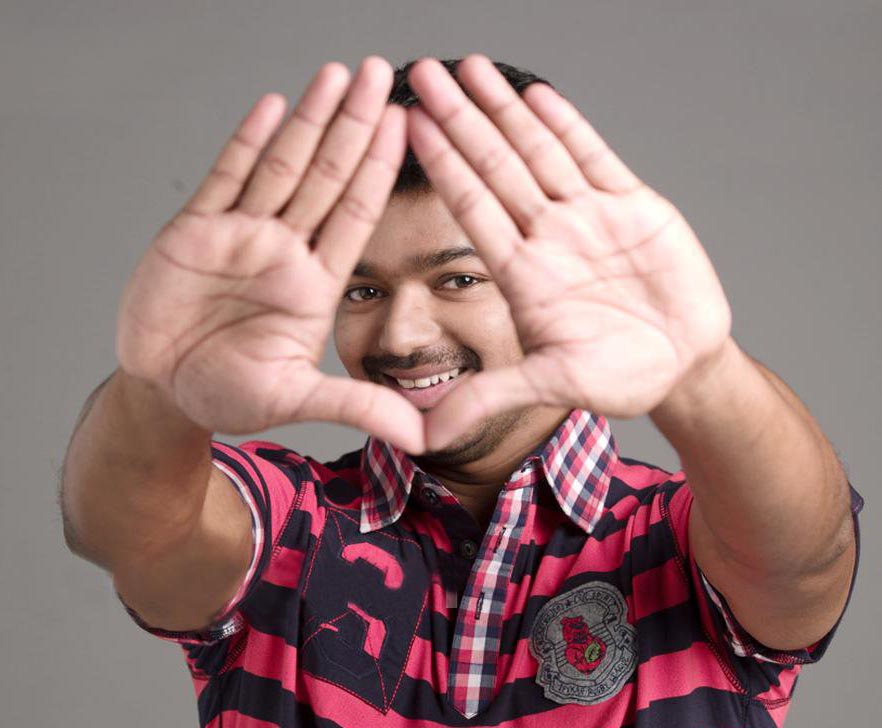 Velayudham’ that is directed by Jayam Raja stars Ilaya Thalapathi Vijay, Genelia, Hansika and Saranya Mohan in the lead roles. The grapevine abuzz is that Saranya Mohan plays Vijay’s, that is, Velayudham’s sister in this movie.

We had earlier told you that Hansika Motwani will be playing a typical Tamil ponnu who is very possessive about Vijay in this movie. The tunes for this typical mass commercial entertainer have been scored by Vijay Antony.

Now the latest is that Genelia tweeted to her fans about the climax scene, stating the climax shoot is on and is massive. She also tweeted that the shoot is highly important to the director.

‘Velayudham’s stunt master, Tom Delmar in an exclusive interview with BizHat had mentioned about massive stunt scenes involved in the movie. Tom Delmar had also told IG that there’s an exclusive action scene by Vijay over a train, helicopter trashes, train explosions and a lot more in store for Ilaya Thalapathi’s fans in this flick.