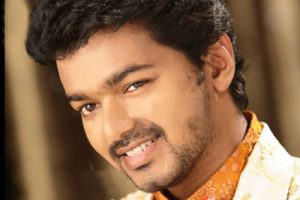 Director cinematographer KV Anand is reported to have met Ilayathalapathy Vijay recently, to discuss the possibility of a film together. Since a couple of months ago, this has been making buzz in the K-town. But when asked earlier, Anand refused to comment, saying “It is too early to talk about the cast. I am still working on the script”. Recently, he posted online “I haven’t signed my next film with any production company or any hero. I will move only after finishing the script”. Neither the actor nor the director were available for comments.

Ilayathalapathy is currently shooting for director Vijay’s ‘Thalaivaa’. His next project will be with RB Choudary’s film with Nesan, on which he will begin work soon.