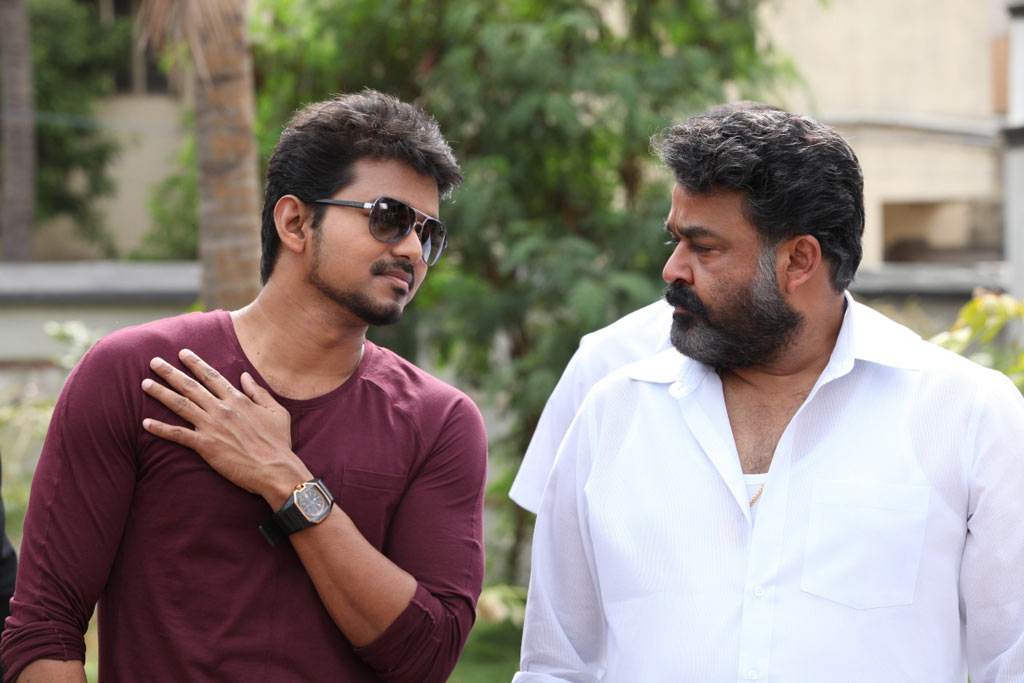 Vijay’s upcoming film Jilla has been censored. The film has been given a U certificate. Jilla starring Mohanlal and Vijay is directed by Nesan and Kajal Aggarwal is the heroine of the movie. The film also stars Poornima Bhagyaraj and Mahat in important roles.

The U certificate has made Jilla eligible for entertainment tax exemption in Tamil Nadu. The film’s music is by D Imman and today the 11-second teaser of the film has been released. Jilla will release on Jan 10.