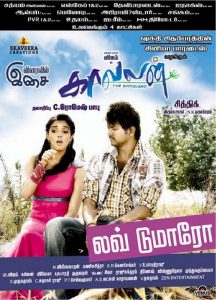 Ilayathalapathy Vijay is fighting a fierce battle to get his Siddique directed Kaavalan released.

The  Tamil Nadu Theatre Owners Association (TTOA) at an emergency meeting in Tiruchi on Thursday has resolved “not to extend any co-operation to Kaavalan”.

A spokesman of TTOA said: “Unless Vijay pays up the theatres  for the losses suffered on account of Sura, there is no question of Kaavalan releasing.”.

Fresh trouble started after Kaavalan got censored and managed to get a ‘U’ certificate and buzz was good on the movie.

On the domestic front, more trouble is expected for Kaavalan as the financiers of the film move in for the final settlement.

There is terrific pressure from powerful sources to see that the film does not release for Pongal, as there is just not enough theatres to screen all the festival films.

Vijay is also not helping his cause by his silence on his political line.

At the same time overseas market for Tamil films is at an all-time low due to the failure of Manmadhan Ambu. The only Pongal film to get confirmed theatres in the overseas market is Siruthai.

If Kaavalan has to release for Pongal, all these pressing issues should be sorted out in the next 48 hours.

The overseas prints of the film should leave the lab by Monday the latest, to ensure a smooth release.