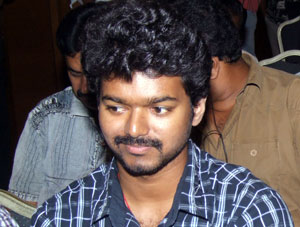 Vijay is playing the lead role in Thuppaki, directed by AR Murugadoss. Wielding the camera for this film is ace cinematographer-cum-director Santosh Sivan. Santosh has not only wielded the camera for several films but has also directed some films including Urumi and Asoka.

Sources say that Vijay is awed by Santosh’s impressive lineup of work and has asked him to create a script for him. It is said that Vijay’s project with Santosh Sivan may commence after he completes Thuppaki and Gautham Menon’s Yohan Adhyayam Ondru.

1 thought on “Vijay’s next with Santosh Sivan?”