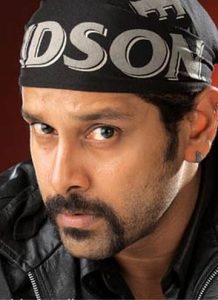 The forthcoming film of Vikram, which is being directed by ‘Madraspattinam’ fame Vijay, is slated for an April release. “Deivamagan is one of the titles we are considering, but a final decision is yet to be made,” the director says.

“We have decided to present the film to the audience as a bigger summer treat by releasing it in April. But producer Mohan will take the final call,” Vijay, who earlier directed ‘Kireedam’ and ‘Poi Solla Porom’, says.

Heaping laurels on Vikram, he says, “He is one of the finest actors we have. For each and every scene, he would come out with five different expressions, asking him to select one of them. Such a great artiste he is.”

Saying that Anushka and Amala Paul are very much part of the project, he says, “both have good roles and they are giving their best. The film is no remake of a Hollywood flick, as claimed by some people.”