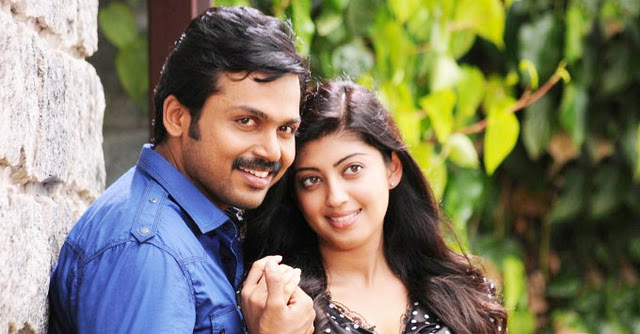 As we earlier reported viewers, Karthi and Praneetha starrer Saguni has substituted Salim Ghouse with Prakash Raj as the main antagonist, consequently the makers happened to shoot the sequences again and so the release date was postponed to May, which was slated on Tamil new Years day.

Antony Xavier is producing Saguni under Dream Warrior Pictures, which is a bilingual political stature titled as Sakuni in Telugu. The movie also casts Radhika Sarath Kumar, Roja, Nassar and Mumtaj in the pivotal roles, Santhanam will be playing Karthi’s friend Rajini in Saguni.