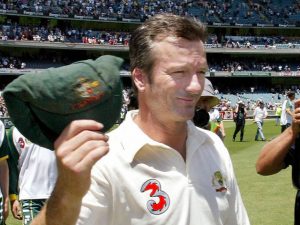 Former test captain Steve Waugh says he’s happy to help rebuild Australian cricket, but is too busy with his business, family and charity work to accept a formal coaching role.

Cricket Australia has announced it will conduct a thorough review following the 3-1 Ashes series defeat to England which included an uprecedented three losses by more than an innings.

Waugh lost only eight of the 48 Ashes matches he played in, but was a young member of the previous Australian team to lose an Ashes series on home soil 24 years ago.

“My name generally comes up when there’s a coaching role, I must be on a list that they go to,” Waugh told Australian Associated Press on Saturday.

“I love Australian cricket, I want to see it be successful but my value is more of a mentor. I’m very busy with my philanthropic work and business and family and you can’t do everything.

“The value I can add is I’ve seen Australia play in an era when we were struggling through to a successful era so I can see the ups and downs and maybe know some of the shortcuts.”

Waugh was captain of the Australian side from 1999 to 2004. His retirement came a year before England won back the Ashes in England, the first time it had won a series since 1987.