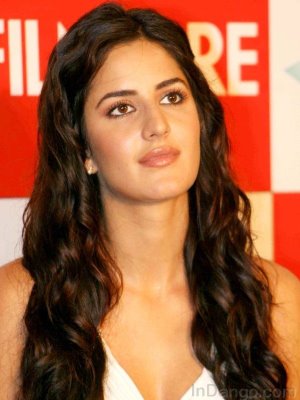 Unable to bear media frenzy over the alleged vermillion on her forehead, Katrina Kaif broke down after the screening of Ek Tha Tiger at YRF studio. While the lady sobbed on Salman’s shoulder, the paparazzi went click-click again, reports Mumbai Mirror. Katrina was recently spotted with a spot of vermillion on her forehead and media went on speculating about her secret wedding. The Mumbai tabloid has revealed that it was nothing but a red tikka that her business manager’s mother had applied on the actress’ forehead, which was a little too close to the actress’ parting.

“It is a ritual Katrina has observed over the years,” a source close to the actress told the tabloid.

“Why do they do this to me? Am I that kind of girl?!” she reportedly wailed. The actress made sure that the pics and videos are not circulated in the media.

Salman Khan reportedly consoled the actress. “He told her to just chill and said that she should learn from his life. After all he has had to face the media’s fury more than many of the actors in the industry today,” the source was quoted by the tabloid.

Meanwhile Ek Tha Tiger is setting new records. The film that broke all records and amassed over Rs. 30 crore on day 1, now stands at about Rs. 48.92 crore.