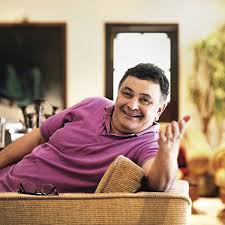 If the recent rumours are to be believed, actress Katrina Kaif had attended the birthday bash of her alleged future father-in-law Rishi Kapoor’s private birthday bash. Though it was Kat’s hush hush visit at the Kapoor residence, the actress was reportedly a special invitee at the party. A while ago, we heard that Rishi Kapoor was very angry over Katrina Kaif’s leaked bikini pictures, while holidaying with Ranbir Kapoor in Spain. In fact, he had also allegedly restricted Kat’s frequent visit at the Krishnaraj residence.

But, witnessing the recent reports, it looks everything has changed for better between the actress and the senior Kapoor. When Kat Attended Rishi’s B-Day Bash! As per a leading daily, Katrina Kaif was a part of the quiet celebration of Rishi Kapoor’s birthday. As per the sources, Kat was not only spotted chitchatting Ranbir, but also was seen spening some quality time with he latter’s parents Rishi and Neetu Kapoor at the do. This sight somewhere indicates that Rishi is no longer upset with the actress. So, does this mean that Rishi and Neetu have already accepted their son Ranbir’s relationship with Kaif?