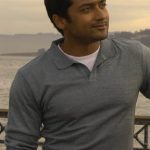 Suriya, undoubtedly is Kollywood’s number one hero at the moment. He has just completed the shoot of his AR Murgadoss directed 7am Arivu, in which Sruthi Haasan is his heroine.Suriya will start work for his next film Maatran directed by KV Anand and produced by AGS. The shoot of the film will start by the first week of June.Now the big question being asked is: “Who will be the lucky girl to be featured opposite Suriya?”It is a million dollar question and a lot of heroines from all over the country have thrown in their hat.

Remember being Suriya’s heroine you get a fantastic reach and fame. Ask Tamannaah who after being paired with Suriya in KV Anand’s Ayan reached dizzy heights.

Similarly Shruthi Haasan is all set to storm K’wood once 7am Arivu releases.

As of now as per the Kollywood grapevine, those who have been selected in the preliminary list are- Deepika Padukone, Kajal Agarwal, Taapsee and Samantha.

Deepika has asked for a very high salary, and negotiations are going on.

However the heroine with a realistic chance of grabbing the role is Kajal Aggarwal, who has emerged as the front runner. The Maghadheera girl has a reach in Andhra where Suriya has an audience and will be a star in Bollywood after doing Hindi Singam with Ajay Devgan. The only thing going against her is her not so impressive progress card (hit movie) in Tamil cinema.

The others are also trying to get this coveted role opposite the hot and happening Suriya.