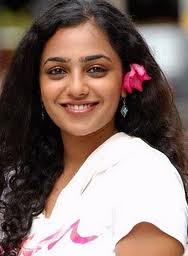 Malayalam beauty Nithya Menon, is now talk of the tinsel town both in Malayalam and Telugu as she has given hits in both the languages respectively. Her Telugu film Ala Modalaindi with Nani of Veppam fame has turned out to be super success and her Malayalam film Urumi is also a hit. Nithya is currently busy with more than five projects in her kitty in Malayalam, Tamil, Telugu and Kannada.

In a recent interview given to a prominent Malayalam magazine Nithya confessed that she prefers to work with only young actors of the new generation as her chemistry with young stars is better. She also disclosed that she isn’t interested in sharing the screen space with older heroes, just for doing a film. The actress is currently looking forward for the release of 180, which is a Tamil-Telugu bilingual.

180 is a romantic musical entertainer directed by Jayendra. Her other project in Tamil is Veppam which is again a bilingual in Tamil- Telugu.