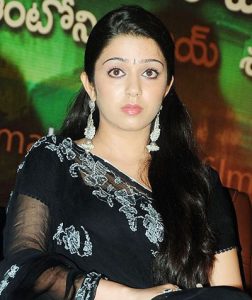 Jagapathi Babu, Charmi starrer Nagaram Nidrapothunnavela is slated for a release on 24th June. NNV is directed by Premraj and produced by Nandi Srihari on Premraj productions banner. The film has music by Yasokrishna.

The entire shooting of the film has been wrapped and is currently in its final leg of post-production phase.

Charmi will be seen as a bold journalist in the film. The film-makers inform that Nagaram Nidrapothunnavela is a thought-provoking and distinct film and the screenplay would thrill the audience providing them a new experience.

Charmi, who hasn’t been in the good off late has pinned high hopes on Nagaram Nidrapothunnavela and is in plans to bounce back in Tollywood. Will Charmi score a hit with NNV? We need to wait till 24th June for the answer…