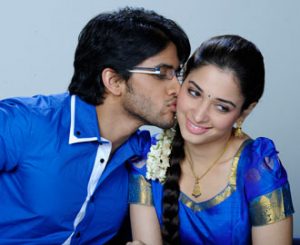 Filmnews.bizhat has earlier reported to our viewers that Naga Chaitanya, Tamannah starrer 100% Love audio is set for its launch on 10th April. However, it is now confirmed on 11th of the month as the audio of Nenu Naa Rakshasi is slated for release on 10th.

The latest buzz is the venue for the event has been confirmed as Rock Gardens, Hyderabad. The audio launch will take place around 6 PM and Maa Tv has acquired the live screening rights of the event. Devi Sri Prasad has scored the music for this youthful romantic entertainer. Apart from Tamannah, a new lady Tasha will be seen in an important role in the film.

100% Love is taking shape in the hands of Tollywood’s stylish director Sukumar. Bunny Vasu is being introduced as a producer and Allu Aravind is presenting the movie on his Geetha Arts banner.