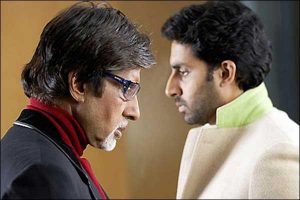 Abhishek Bachchan, who featured in quite a few multi-starrers, says he enjoys doing films with an ensemble cast.

“I enjoy that more because I like a whole lot of actors on the sets. There is a great energy and you get to feed off that different kind of energies. That keeps it very interesting,” Bachchan told.

Hopefully DMD pays off for Jr Bachchan after string of flops such as Raavan, Khelein Hum Jee Jaan Sey and Game.