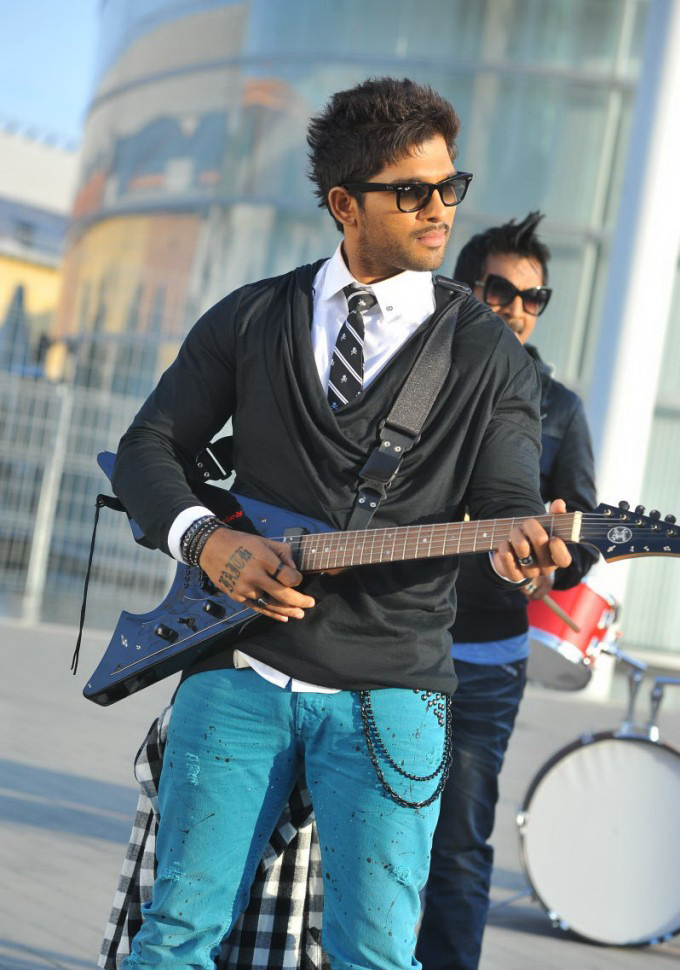 Allu Arjun starrer Race Gurram which was supposed to be released in February may be shifted to March end or early April release for summer.

The shooting schedules are reaching the final leg and the talkie portions have already been wrapped. A couple of songs left will be canned from January 5. Allu Arjun is pairing up with Shruti Haasan in the movie. Saloni is essaying a prominent role.

Nallamalupu Bujji is the producer of the movie. Thaman is the music director. Surender Reddy is wielding the megaphone for Race Gurram, touted to be a stylish action entertainer.