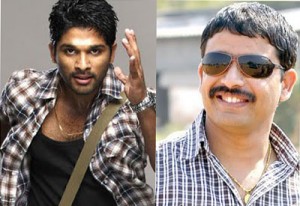 After the two successful films in their combos Arya and Parugu, Stylish Star Allu Arjun and Successful Producer Dil Raju are teaming up again for a new film.

Vasu Varma, who has earlier directed Naga Chaitanya’s Josh in Dil Raju’s production, is directing the film. The script work is done and the movie will soon start rolling its camera. Lover is the title under consideration for the film. The Stylish Star will shake his leg for the tunes scored by Thaman in the film. The music sittings have already been started, informs the sources. Other details of the film will be announced shortly.

Meanwhile Allu Arjun will wrap up his mega budget flick Badrinath that is slated for release in the second week of June.