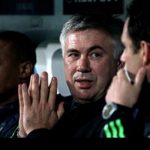 London: Chelsea manager Carlo Ancelotti said he was optimistic for his team and had the full support of owner Roman Abramovich despite a loss of form that has led captain John Terry to question the team’s desire.

The Premier League champions have won only two of their last eight games in all competitions and slipped to third in the league table after earlier looking like they would run away with the championship.

They make the short trip across London to Tottenham Hotspur on Sunday, in the first of three consecutive games against fellow title contenders, needing to stop the rot.

“A couple of weeks ago we were seven points clear, 20 goals ahead of most teams and now we are trailing behind,” Terry was quoted by local newspapers on Friday as saying.

“So we need to go on a good run and now would be the perfect time with Tottenham, Man Utd and Arsenal coming up. It would be ideal for us.

“At times, you are going to have to just do a lot better than the opposition and, at the minute, we are not wanting it as much as them.”

Ancelotti, however, denied there was a lack of appetite, saying his team were motivated but just rather unhappy after picking up five points from the last 18.

“This is normal and we have to do everything to move on quickly,” he told a news conference.

“For this reason I do not fear. I am an optimist and I think everything will be okay this season.”

He said he had spoken to Russian owner Abramovich after Wednesday’s 1-0 defeat by Marseille in the Champions League and had been reassured.

“He gave me total support, he understood the problem of the team, he is doing the best to give everyone of us at the club, the players, myself and my staff, total support,” he said.

Chelsea have 30 points from 16 games and sit two points behind leaders Arsenal and one behind second-placed Manchester United who have a game in hand. Manchester City are fourth on 29, while fifth-placed Spurs have 26.

The champions’ morale was hit by the unexpected departure of popular assistant coach Ray Wilkins last month and they have not been helped by the absence since August of midfield talisman Frank Lampard.

Lampard will not be available to face Spurs but Ancelotti said the England international should be back in time for the Dec. 19 match at home to Manchester United.

“He trained well, he doesn’t have a problem to train, everything is okay but… It is better to check on Thursday with a friendly game and after that play against Manchester United,” the coach said.

Terry found some comfort in the fact that no matter how tricky things were for Chelsea, other Premier League giants were suffering more.

“The good thing is we are not like Liverpool. We are not out of it,” he said. “We are still in with a very good chance.”