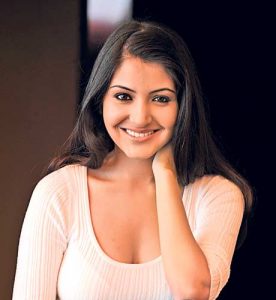 Adopting different look is in and Anushka Sharma isn’t willing to be left behind. For her next film ‘Ladies v/s Ricky Bahl’, she is going through some serious transition. Since the film is set in Goa, Anushka is all set to shock audience with an altogether different persona that she is adopting for the film. One step in this direction is an altogether new look which requires Anushka to go grungy and bohemian.

“In each of her films so far, Anushka has played a girl next door with middle class sensibilities. In ‘Rab Ne Bana Di Jodi’ she was clad in a ‘salwar-kameez’ for most part of the film, in ‘Badmaash Company’ she did don Western outfits but they again belonged to girl next door. In ‘Band Baaja Baaraat’ she went totally casual while in ‘Patiala House’ too she couldn’t go all the way as it was a family drama,” says a costume designer, “It made sense that for her fifth film, she does something that she has never tried before.”

On contacted Anushka said, “I can’t talk much about the look. I can confirm though that this will be a very stylised film with an altogether different and cool body language.”

We look forward to that Anushka.