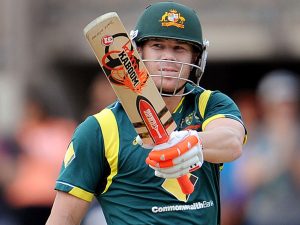 David Warner’s career-best 178, Steve Smith’s 95 and Glenn Maxwell’s 88-run blitz powered Australia to a record World Cup total of 417 for six wickets in a Pool A. Afghanistan was at the receiving end of a stellar Australian performance at the WACA ground on Wednesday (March 4) before a sizeable gathering.

Thankful for Mohammad Nabi sticking it in, Australia racked up 417 for 6, the highest total in World Cup play. That tally came on the back of David Warner’s muscular strokeplay, Steve Smith’s polish and Glenn Maxwell’s unalloyed pyrotechnics. The bowlers then joined hands to fire Afghanistan out for 142 and set up a 275-run victory. It was both Australia’s biggest victory margin, and the biggest margin by runs in all World Cup action.