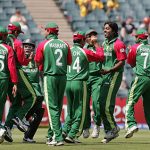 Bangladesh has named its provisional 30-man squad for the ICC Cricket World Cup 2011.

It will be hoping that as it is the only team to play all six group matches at home in the tournament that it has the chance of progressing to the latter stages of the competition.

Bangladesh’s first match is against India on February 19.