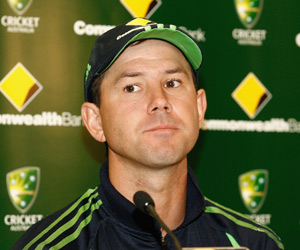 DHAKA: Australian captain Ricky Ponting admitted Wednesday that the defending champions were rusty in their two warm-up games, but sounded confident that his team will rise over the tide when it opens its World Cup campaign at Ahmedabad Monday, taking on Zimbabwe.

“We have arrived just a couple of days back before the forst warm-up match against India, so we were rusty. India played very well and so did South Africa in the second warm-up match. Conditions in both the games were difficult. We are happy with our preparations. We have a proud record in the sub-continent. Let the first match come and you will find us in a very good shape,” said Ponting.

“We are just feeling the World Cup conditions. We were up and down on injuries in the last few months but the guys are doing a good job,” he said.

Australia lost the first warm-up game to India by 38 runs and then went down to South Africa by seven wickets in the second practice match.

Ponting pointed out that Australia’s proven match winners Glenn McGrath, Shane Warne and Adam Gilchrist may not be a part of the team, but they have players who are ideal for the sub-continental play.

“On paper you may find there is no McGrath, Gilly or Warne but guys in this team are ideal and good enough for these conditions,” he said.

On co-hosts Bangladesh, Ponting said: “They have the advantage of home conditions. But when you are playing in front of your home crowd, you don’t know what you can do.”