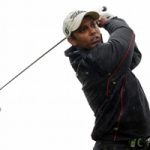 Hua Hin: SSP Chowrasia was the best-placed Indian at tied 29th despite carding an erratic two-over 74 even as Anirban Lahiri fell by the wayside after the second round of the Black Mountain Masters golf tournament here today.

Lahiri, ironically, carded the best score among Indians, a sedate level-par 72, but still missed the cut by a stroke at the Black Mountain Golf Club here.

After teeing off with a brilliant 66 in the first round, Himmat Rai’s fortune took a tumble as he turned in a horrendous six-over 78 to slip 54 positions to tied 58th.

The Delhi golfer, who is placed 75th on the Order of Merit, will need a superhuman effort to secure his 2011 Asian tour card.

Another Indian golfer, Shiv Kapur, also missed the cut after bringing home a disappointing four-over 76 in the second round here.

Playing his back nine first, Chowrasia made the turn at level-par with a birdie and a bogey at the 10th and 15th holes respectively.

On his way back, he stumbled at the fifth hole but made amends with a couple of birdies at sixth and eighth holes, before a triple bogey at the ninth hole spoilt his card.

Delhi golfer Kapur had four birdies, four bogeys and a quadraple bogey at the 11th hole to cap off a disappointing day.

Lahiri too stumbled at the 11th hole with a double bogey, besides dropping a stroke at 14th and three birdies at the second, third and 18th holes.

At the top, Korean Lee Sung sizzled with an eight-under 64 to open up a two-stroke lead over Namchoak Tantipokakul of Thailand (64) with a total of 14-under 130.

Another local player, Piya Swangarunporn, carded seven-under 65 to lie two strokes adrift at the third place with a total of 10-under 134 after the second round.