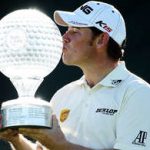 The Englishman carded a four-under-par 68 at the Gary Player Country Club to end with a tournament total of 271 and a winning margin of eight strokes over his closest challenger Tim Clark – the South African finishing with a 71.

Another home favourite, Retief Goosen, matched Westwood’s round-of-the-day 68 – his effort included five birdies and a bogey – to finish on eight under for the tournament.

That was good enough for joint-third, alongside Spaniard Miguel Angel Jimenez who was the only other player to end the day with an under-par effort after his 71.

But the day belonged to the 37-year-old Westwood – whose seventh visit to play the competition at the South African resort ended with him walking away with the 1.25 million US dollar (£792,125) first prize.

The man from Worksop has been in outstanding form all week with scores of 68, 64 and 71 in his previous three rounds.

He was looking good to even go through his final day without dropping a shot, but suffered one blip on the par-four 17.

However, he made amends with a remarkable chip-in for birdie in front of a packed gallery on the par-four 18.

“I think that’s the first time I chipped in all year,” Westwood joked afterward. “That’s what you call a grand stand finish. It was a good time to do it.”

It capped a fine 2010 season for Westwood, who took over as the world number one golfer from Tiger Woods at the end of October, despite the win being his first of the year.

He continued: “I’ve been coming here for several years and it’s a title I’ve always wanted to win. I’ve come close a few times, lost in the play-offs, but it’s always very special.”

Despite carrying a five-shot lead over Clark and countryman Ross Fisher heading into the last day, Westwood conceded that victory at the start was by no means a foregone conclusion.

He added: “It’s never over. It’s sometimes even more pressure having a big lead because it’s yours to blow.

“But I got off to a fast start and I got a few in front, so I felt pretty comfortable especially when I birdied nine and 10.

“It was a nice back nine, still tricky with the strong wind and the way it was swirling around. The finish was tough, so I was just pleased to get it done at the end.”

Amongst the rest of the 12-man field, Ernie Els and Fisher were tied fifth on five under after final rounds of 73 and 75 respectively, while Ireland’s Padraig Harrington (75) and defending champion Robert Allenby (72) of Australia ended on three under.

Dane Anders Hansen (76) and Englishman Justin Rose (72) were a stroke further back, with Edoardo Molinari (76) one under and Louis Oosthuizen (74) two over. 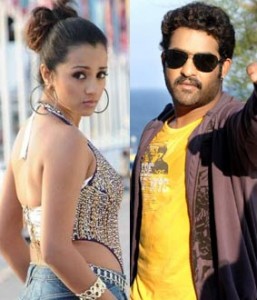