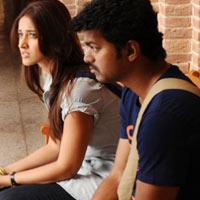 Ilayathalapathy Vijay and Ileana are flying to Amsterdam in Netherlands, for Shankar’s Nanban song picturisation. Nanban is a remake of Aamir Khan’s Raju Hirani directed classic 3 Idiots.Amsterdam is one of Shankar’s favourite locations, especially the Tulip Gardens, ‘discovered’ first by Yash Chopra, in the famous Silsila song.Shankar has done even better during the ‘Flower Festival of the Keukenhof Gardens’ in full bloom with tulips and other flowers making it a riot of colour on screen for the Kumari, Kumari song in Anniyan. The song featured Vikram and Sada, with Vivek in the background.

Now Shankar and Harris Jayaraj the Anniyan composer have come out with a peppy melody which will be picturised on Vijay and Ileana in Amsterdam and partly in Zurich in Switzerland.

Shankar and his team will be leaving for Amsterdam today (May 4) and will be back by May 10 or 11.