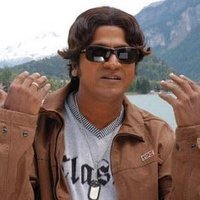 Shivarajkumar’s 100th film Jogaiah will have a grand audio release function on March 6th at Bangalore. Efforts are now being made to release the album on February 19th throughout the state as the day coincides with the completion of 25 years of Shivarajkumar in the Kannada film industry.

Director Prem wants to release more than one lakh CDs on February 19th so as to accelerate the big craze for the film and build more excitement at the time of the formal audio release function on March 6th.

Jogaiah is scheduled to release on April 24th, 2011