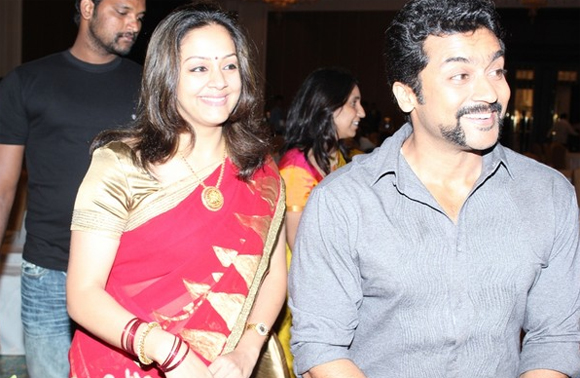 Jyothika, wife of actor Suriya, is all set to face the arc lights after seven years with the Tamil remake of recent Malayalam hit “How Old Are You”.

The film will be produced by Suriya’s home banner 2D Entertainment.

“Jyothika is all set to return in the Tamil remake of blockbuster Malayalam movie ‘How Old Are You’ that featured Manju Warrier in the lead role,” a statement said.

“2D Entertainment has now acquired the remake rights of this film, which will be directed by Rosshan Andrrews, who helmed the original as well. The process of finalising the rest of the cast is underway,” the statement added.

Incidentally, “How Old Are You” was the comeback movie of Manju Warrier to Malayalam films after a long gap.

Jyothika, who is known for films like “Kaakha Kaakha”, “Vettaiyaadu Vilayadu” and “Manmadhan”, was last seen in 2007 Tamil film “Manikanda”.

She quit acting after the birth of her daughter Diya in 2007. Three years later, she was blessed with a boy, Dev.