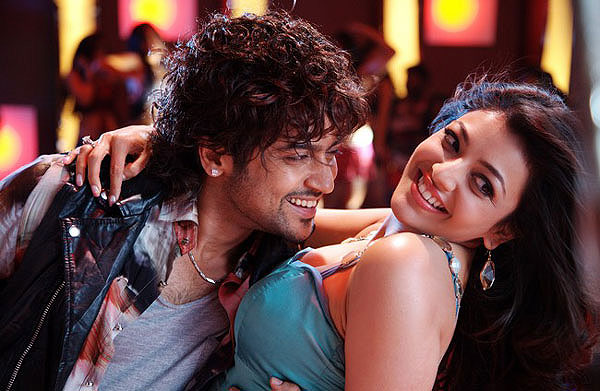 Makers of Maatran have officially confirmed the release date of the movie as Oct 12th and the theater owners have started booking their copies and the show timings with the maximum number of screens.

KV Anand directed Maatran has the enough hype among the audiences and fans of Suriya, who is playing the role as a Siamese twin for the first time. Maatran is slated for a grand solo release on Oct 12th with a maximum of 1300+ screens worldwide. Kajal Agarwal is playing the female lead for Suriya in this action entertainer, Maatran that has music scores composed Harris Jayraj.

Kalpathi S Aghoram is producing Maatran under his AGS Entertainments banner, that will be simultaneously released in Telugu as ‘Brothers’ and interestingly Suriya himself has dubbed for the Telugu version too along with Tamil. Meanwhile Suriya has started shooting for his upcoming Hari’s directorial Singam 2, sequel of Singam with Hansika and Anushka as female leads for Suriya.