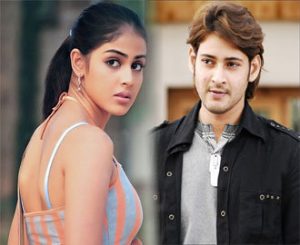 Times had conducted a poll to determine the most desirable man and woman in the film industry last year. Though several Bollywood artistes were chosen by the people, the poll gave a surprise by putting Maheshbabu in the 12th place among the list of film stars.

This is despite several top artistes from the south India including Vikram, Surya and Siddhartha vied for honours as some of their films were either made in Hindi or remade/dubbed in Hindi.

Among the women, Genelia, who made her debut in the Bollywood some time ago also earned the sixth place by the participants, despite the presence of south stars like Trisha, Asin and Shriya.