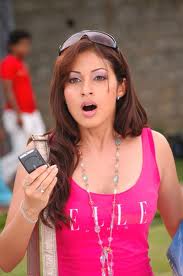 After playing the lead role in A Aa E Ee (2009), which failed at the box office, South Indian actress Sada signed no Tollywood films. Now, after a gap of one year, she has signed a Telugu film to be produced by Surya Chakra Pictures with Sivaji as the hero.

This untitled film will be directed by S.S. Reddy and produced by Tadi Gani Reddy. According to sources, this film will be a comedy entertainer and will move on to sets by January end.

Also in the cast are M.S. Narayana, Krishna Bhagavan and Jeeva. Dialogues are by Ravi Reddy, editor by Upendra and art by Gopi.