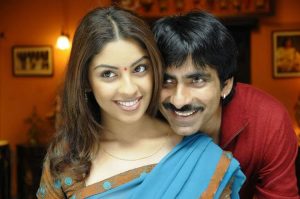 The shooting of ‘Mirapakai’ featuring Raviteja, Richa Gangopadhyan and Deeksha Seth in the lead, directed by Harish Shankar and produced by Ramesh Puppala on the banner of Yellow Flowers, was almost completed.

Only a song remained balance to be choreographed. Thaman S scored music for the movie and the audio is expected to be launched in the first week of December.

The producer says, ‘The choreography of balance song is in progress at Ramoji Film City now. We are planning to complete the post-production formalities as soon as possible. We are making efforts to release the film on December 23.’