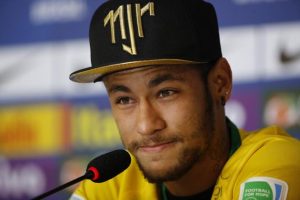 Star Player Neymar will be selected as one of Brazil’s three over-age players for the 2016 Olympics, the team’s manager Alexandre Gallo said on Thursday.

Olympic soccer gold is the only major title Brazil have not won and with Rio de Janeiro hosting the Games the pressure is on – even with the tournament still almost two years away.

“I will take (those) three players,” Gallo said in an interview with Sportv. “Or rather two. One will be Neymar. You can’t think about Brazilian football without thinking of him.”

The decision could mean Neymar will face a punishing schedule in 2016. The U.S. is to host a special Centenary Copa America in June. The Olympics take place in August.