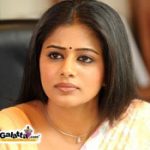 For the first time in her career, reigning South Indian beauty Priyamani will appear opposite Suriya. She will play the role of Gangula Bhanumati, wife of Maddelachervu Suri (Suriya) in director-screenwriter-producer Ram Gopal Varma’s upcoming trilingual Rakta Charitra, being made by Madhu Mantena in Hindi, Telugu and Tamil.