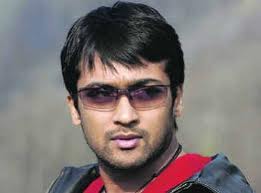 While his younger brother Karthi will compete with actors like Vijay and Dhanush for box office honours this Pongal, Suriya will wage a war against himself this harvest festival, but on the small screen.

For, Sun and Kalaignar, the two popular television channels in Tamil, have lined up ‘Ayan’ and ‘Aadhavan’ respectively as the highlight of their two day long non-stop Pongal special programmes.

So, quite like the box office, the winner here too will be decided by the viewers. And the result will be out when the television ratings points for the Pongal week are announced later this month.

While ‘Ayan’ is produced by Sun Pictures, the film production arm of the Sun TV Network, ‘Aadhavan’ is produced by Udhayanidhi Stalin, whose proximity with Kalaignar TV needs no explanation. The former is directed by K V Anand and the latter by K S Ravikumar and both are super hits.