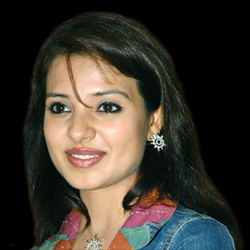 Saloni, who has made her comeback with Rajamouli’s directorial Maryada Ramanna seems to be grabbing every big chance that comes her way. Post Maryada Ramanna, Saloni has taken up only a single female-centric film Telugammayi. But later on Saloni has got the chance of pairing up with biggies of Tollywood.

Recently, the actress has accepted one of the female lead roles in Bala Krishna’s forthcoming film Mahadeva Naidu. Now, the latest update is Saloni has been zeroed in as the second leading lady in Venkatesh’s new film which is the remake of Malayalam hit Bodyguard. Gopichand Malineni is directing the film and Trisha is playing the female lead.

Hope Saloni gets the deserving break with these couple of big banner projects.