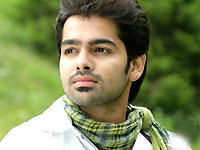 Ram, Hansika’s forthcoming film Kandireega has reached to the final leg of its shooting. The schedule is currently being held in and around Hyderabad and the latest buzz includes Shriya Saran is doing an item number in the film.

Item numbers are not new to the actress and Shriya has already done a special number in Ram’s debut film Devadasu. The film-makers feel that Shriya’s item number would be a crowd pulling factor.

Kandireega is being directed by directed by Santhosh Srinivas and produced by Bellamkonda Suresh under Sri Sai Ganesh Productions banner. Thaman is scoring the music for the film.