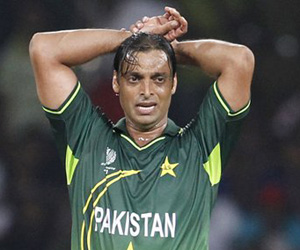 COLOMBO: Pakistan paceman Shoaib Akhtar will retire from international cricket after the World Cup, bringing an end to one of the most colorful careers in the sport.

Pakistan team manager Intikhab Alam has confirmed that the 35-year-old quick, nicknamed the “Rawalpindi Express,” will make a formal announcement at a news conference later Thursday in Colombo.

Shoaib made his international debut in 1997 in a test match against the West Indies and is regarded as one of the fastest bowlers ever to play the game. But his career has been plagued by injuries and, more recently, off-field issues with the Pakistan Cricket Board.

Pakistan plays defending champion Australia at Colombo on Saturday in the last match in Group A. Both teams have already qualified for the quarterfinals.