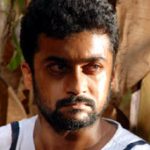 Suriya’s Raktha Charitra, being simultaneously made in three languages: Hindi, Telugu and Tamil, has already created record even before its release. The overseas rights of the Tamil version Raktha Charitra, directed by Ram Gopal Varma, has been sold for a record Rs 4.5 crore (over US $1 million)! With this, Suriya has joined the elite ‘Million dollar club of Tamil superstars’ which includes Rajinikanth ($2.5 million), Kamal Haasan ($1.5 million) and Vijay ($ 1 million). It is the highest-ever overseas price paid for a Suriya film.

Raktha Charitra narrates the story of the life of Paritala Ravi, prime suspect in many murders. The movie stars Vivek Oberoi, but the sweet news for South Indians is that Suriya has been cast in a pivotal role! Raktha Charitra will have actor Vivek Oberoi as rebel-turned politician Paritala Ravi, one of the most feared individuals in the blood-ridden faction politics of South India. Suriya will play the role of Maddalcheruvu Suri, Paritala Ravi’s opponent.