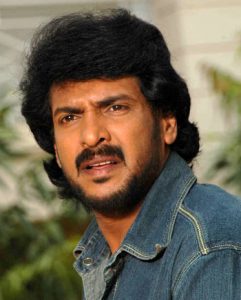 Upendra has just finished the post production work of Super and is ready to start his next.

This film which was signed much before Upendra finished shooting Super will have the Malayalam director Aneesh Varma. The untitled film will have multilingual actor Bhavana playing the lead with Upendra.

The actress is busy with Dwarakish’s untitled which has Sudeep in the lead. Two schedules of the shooting are now complete. The movie also has Priyamani and Sonu Sood doing important roles. Upendra has already listened to the script from Aneesh Verma.

Jessie Gift is the music director of this film. Madhi is the cinematographer.