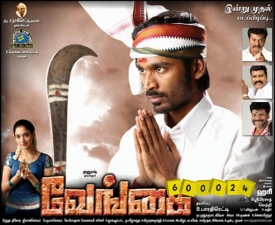 Kollywood seriously seems like it is a jungle out there. It has started with Suriya’s Singam next comes Karthi’s Siruthai, Jeeva’s Singam Pulli and latest is Dhanush starrer Venghai which means Leopard. All the above said titles are very ferocious and powerful titles.

Now Venghai team is all set to move to Malaysia for canning some crucial scenes and a song. The film stars Dhanush and Tamannaah in the lead roles and already this sizzling combination have given a hit with the film Padikadhavan. The music of the film is going to stand as a highlighting as director Hari roped in music director Devi Sri Prasad. So we can expect a peppy, foot tapping, melody and compulsory a kuthu number in this album.

When the songs get ready we will be back with the updates on when the audio will be released. Director Hari always brings in a mannerism of strategy attached to his films and so we can expect some terrific scenes in Venghai too.