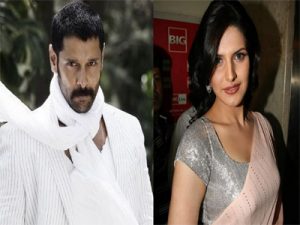 Vikram and Zarine Khan to team up in a modern drama flick with “Karikalan” under the direction of special effects whiz L I Kannan.

Actress Zarine Khan was starred in Salman Khan’s “Veer” is all set to pair up with Vikram in female lead. Shanmugaraja and Pasupathy will be seen in supporting roles. Harris Jayaraj is composing music for the film.

Already some shots have been filmed in Thalakonam Forests.

N. karthik acting as a cameraman for this movie was, an associate cinematographer.

“Karikalan” movie is to be produced under the banner of  Silver Line Film Factory by SS Vasan and S Parthi.