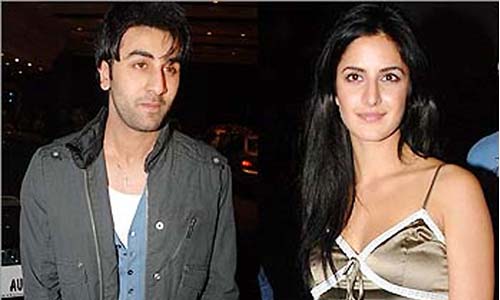 On and off, on and off. That’s the way the graph of Ranbir Kapoor and Katrina Kaif’s relationship status appears. This time around, seems like the two alleged lovebirds have reunited.

“Tonight we had a rickshaw driver who told us that late at night, Katrina and Ranbir go out and drive rickshaws around Pali Hill,” tweeted Melanie.

Her tweet instantly turned into a Twitter sensation of sorts and the filmmaker began being bombarded with questions on Ranbir and Katrina’s current relationship status. When asked whether Ranbir and Katrina sat together at the bar when Melanie spotted them, the lady replied, “I do not know, but they sat together at the table and were chatting and some hand touching happened. The end.”

Easton further tweeted, “Follow-up to Ranbir-Kat rickshaw story, they got stopped by police while Kat was driving the rickshaw, then cops took her autograph,” adding that she couldn’t verify the story since it was the auto driver’s version and she didn’t know whether to trust him or not.

However, with all the rumours floating in the air regarding Ranbir and Katrina’s patch-up, seems like the two are back to dating each other. After all, when has there ever been so much of smoke without a little bit of fire?