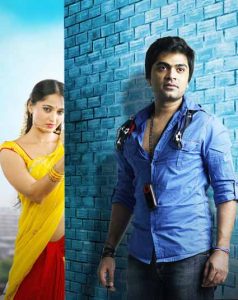 The Mumbai based music label Venus is marketing the single album at a rumoured price of Rs 25!

Says Silambarasan: “Vaanam single track is releasing today. It’s a club mix love song for which I have written the lyrics and sung the song along with Yuvan who has crooned a few English lines”.

However Yuvan has tweeted: “For the single Simbu wanted something different, and it is cool and should work. Enjoy. The Vaanam single track will hit the music stores today”.