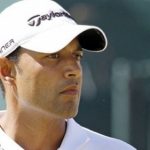 Come Sunday, a panel comprising Tour officials and members of the media will name the winner during the Asian Tour Awards Gala which will take place at the Hyatt Regency Hua Hin, Thailand.

The 2010 season comes to a climatic close with the staging of the USD 600,000 Black Mountain Masters which starts at the Black Mountain Golf Club in Hua Hin on Thursday.

Atwal, a former Asian Tour number one, played his way into the history books by emerging as the first Indian to win on the US PGA Tour at the Wyndham Championship in August.

It was a welcome return to form for Atwal who had struggled with injuries over the years. He was also the first Monday qualifier to win a tournament in 24 years on the PGA Tour.

The victory also secured Atwal an invitation to next year’s Masters Tournament, making him only the second Indian after Jeev Milkha Singh to play in the year’s first Major at Augusta National.

Meanwhile, the 19-year-old Noh will enter the record books later this week when he is officially crowned the youngest Asian Tour Order of Merit champion.

The Korean teenager kick-started his season in style by winning the Maybank Malaysian Open in March, defeating seven-time US PGA Tour champion KJ Choi of Korea.

He only missed one cut all season and posted four other top-10s.

The experienced Boonchu showed he is still very capable of winning tournaments at the age of 54. Known as the “Godfather of Thai golf”, Boonchu won three straight tournaments on the European Seniors Tour early in the year and sealed the Order of Merit crown with a fourth victory in his debut season.

He exploded on the Seniors scene by winning the Brunei Seniors Masters as a sponsor’s invitee and continued his rich vein of form on home soil where he strolled to an 11-stroke victory at the Thailand Seniors Masters. His winning score of 21-under 195 was the lowest in European Seniors Tour history.

He then completed a superb hat-trick of victories at the Berenberg Bank Masters in South Africa and notched his fourth win at the Benahavis Seniors Masters in Spain.

Last year, Korean YE Yang was honoured with the Special Achievement Award after becoming the first Asian to win a Major tournament at the US PGA Championship. Other winners of the award include Thongchai Jaidee of Thailand and India’s Jeev Milkha Singh.